Here is the link https://www.maxhealthcare.in/blogs/alcohol-and-drug-abuse

Substance Use Disorder is a mental health disorder that affects a person’s mood, behaviour, brain and body in various harmful ways due to the use of a substance like alcohol or drugs and it is characterized by inability to control the use despite evidence of harm.

Often alcohol and drug use disorder starts as abuse and then it progresses to become addiction or substance dependence.

Usually people get confused between abuse and dependence, so let’s understand the difference

While addiction of alcohol or drugs is characterized by

So the basic difference is-  a person with alcohol or drug abuse can stop the use anytime for long periods without much problem but once a person is addicted or dependent on alcohol or drugs then it is difficult to stop the use despite problems and a desire to quit. But this doesn’t mean that abuse is less harmful than dependence or addiction, in fact chronic drug or alcohol abuse can be quite damaging to the user’s life as you can see in the definition itself what kind of legal, social ,relational and health related harmful consequences one can invite due to alcohol and drug abuse.

Substance use disorder results in harm and damage to one’s physical and mental health, affects one’s functioning at work and results in relational conflicts and social and legal problems.

It includes addictions of substances like alcohol, opioids, heroin, cocaine, cannabis or weed, amphetamines, LSD, nicotine use or smoking or chewing tobacco,proxyvon, pain killers, nail paint removers  and many other substances.

The harmful effects and complications of drug and alcohol use

Short term effects—changes in sleep, appetite, increased heart rate or palpitations, slurred speech, difficulty focussing and concentrating, loss of coordination which may result in accidents, apart from that various legal, relational and social issues due to even single instance of drug and alcohol abuse which may have long term effects on one’s life, for e.g. drunken driving or a legal case due to a fight under the effect of alcohol or drug resulting in physical damage or legal issue. Here it is important to understand that even single use of some drugs like cannabis can induce severe mood and behavioural symptoms to psychosis  in the user.

Liver damage (alcohol and other drugs) cirrhosis to liver failure

Suicide –There is higher risk of suicide attempts (six times more than normal people) and completed suicide (3 to 9 times higher) in people who abuse alcohol or drugs or are dependent on them.

Substance use disorder can be diagnosed clinically by detailed history both from the patient and close informants and care takers; mental status examination and physical examination for signs of substance intoxication or withdrawal and some investigations may also help.

Substance use disorder is a complex disorder requiring a multi pronged strategy to deal with it.

Intervention: In this phase the person is confronted with the consequences of his substance use and resulting problems to break denial and improve motivation for treatment and abstinence.

Family members are made to understand that they should not protect the patient from the problems caused by addiction also they are provided with insight and understanding to recover from the guilt, fear and anger they often harbour. They are also encouraged to meet support groups if any available.

Detoxification: Includes thorough physical examination and then based on the severity of withdrawal symptoms medication is provided along with rest, adequate nutrition and vitamins .Studies have shown that people who receive substance abuse treatment have better outcomes and chances of remaining abstinent than those who do not.

Rehabilitation: In this phase emphasis is on maintaining high levels of motivation for remaining abstinent from substance and the patient is helped to adjust to a new life style free of addiction and continued efforts are made to prevent relapses.

Remember substance use or addiction is a mental health disorder and it is fairly treatable.

Early treatment increases the likelihood of a better outcome and the complications can be prevented. 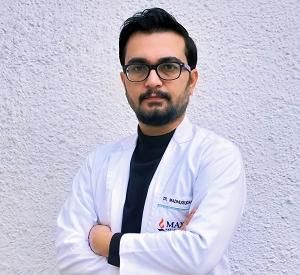 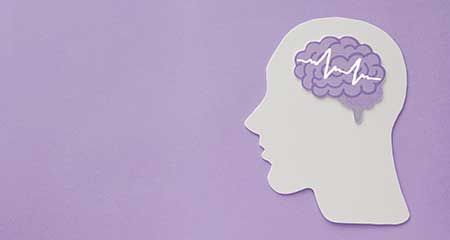