Here is the link https://www.maxhealthcare.in/blogs/atrial-fibrillation

Is your heart normally beating?

Rhythm disorder in the heart is common says Dr Balbir Singh, Chairman and Head of cardiology Max Hospital Saket in Delhi. A pioneer in the field of Atrial fibrillation, he says not only is it treatable, it is also a common cause for strokes, which can be avoided if treated in time.

What is Atrial Fibrillation (AF) and what is the risk of AF?

Atrial fibrillation is the most common type of irregular heartbeat. AF is also known as arrhythmia, which can lead to blood clots, stroke, heart failure and other heart-related complications. During AF, the heart's two upper chambers (the atria) beat frenziedly and irregularly, which makes them go out of coordination with the two lower chambers (the ventricles) of the heart. Typically the irregularity occurs as we age and most people with AF symptoms are old. In the West, AF sets in by the time people are in their 60s, whereas in India the average age is 55 years. In case of people with diabetes and hypertension may get it earlier.

A major concern with atrial fibrillation is the potential to develop blood clots within the atria and these blood clots may circulate to other organs and lead to blocked blood flow also known as ischemia. If a clot breaks off, enters the bloodstream and lodges in an artery leading to the brain, a stroke results. About 15–20% of people who have strokes have AF . In extreme cases, atrial fibrillation can also lead to heart failure.

What are the symptoms of AF? And how is it diagnosed?

Unlike a regular heartbeat, in case of AF, the person feels a fast heartbeat and even a pounding in their chest. This feeling often lasts for a few minutes and it is common for people to feel their heart skip a beat. People often get breathless in this situation or feel giddy. Often one may feel an acute pain in the chest, sweat extensively, and feel tired and weak. Patients with diabetes and hypertension may not necessarily have all these symptoms, but they are prone to AF.

To diagnose AF, we examine patients with the help of detailed history and other tests such as an Electrocardiogram (ECG), stress tests, echocardiogram and others. The ECG uses small sensors (electrodes) attached to your chest and arms to sense and record electrical signals as they travel through your heart. This test is a primary tool for diagnosing atrial fibrillation.

In cases where the irregular beating is prolonged, we also use a holter, which is a portable ECG device that can be carried by the patient to record the heart’s activity for 24 hours. The holter recording provides us with prolonged data of the heartbeat. The Echocardiogram uses sound waves to create moving pictures of your heart, which helps to diagnose structural heart disease or blood clots in the heart. Then there is the stress test, which involves running tests on your heart while you are exercising. Other than these, blood tests and an X-Ray may also be used to diagnose AF.

A lot of these symptoms are similar to a heart attack. So, how is AF symptom differ?

Many heart problems have similar warning signs. For a patient the response could be similar and vague – disturbance, pain, anxiety and so on. A heart attack is a blockage of blood flow to the heart, which is often caused by a clot or build-up of plaque lodging in the coronary artery. Some heart attacks are sudden and intense, but most heart attacks start slowly, with mild pain or discomfort. The unique symptom with AF is the palpitation and heart beat skip feeling that one has. In either of the cases, you should visit a cardiologist immediately. And, thorough investigation is necessary to know if it is AF or an attack.

What is the correlation between AF and stroke?

A stroke leads to persistent disruption of brain function, which is triggered by a sudden shortage of blood supply to the brain. This causes certain areas (those receiving their blood supply from the affected blood vessel) to not receive adequate oxygen and other nutrients. When this happens, the surrounding tissue dies. These areas are therefore either temporarily or permanently unable to perform their normal functions.

This causes long-term effects such as speech and vision disturbances, or paralysis of the limbs and/or facial musculature. The most common cause of stroke is a blood clot. AF puts patients at an increased risk for stroke because blood may not be properly pumped out of the heart, which may cause it to form a clot. This clot can then travel to the brain and block the flow of blood to part of the brain which can result in a stroke.

Many times AF may be  missed out as the cause of stroke, which is unfortunate. To understand the relation between stroke and AF, a combined study was conducted by neurologists and cardiologists, called the Crystal-AF study (Continuous Cardiac Monitoring to Assess Atrial Fibrillation). This was done using a loop recorder placed under the skin and above the heart to continuously monitor heart beats. The results provided tremendous insights into how a greater number of people suffer a stroke if they have AF.

In fact, even cases of dementia are known to be in patients with AF. So, there is a strong link between the heart and the brain, which needs to be investigated by neurologists as well. A lot of work is being done jointly by cardiologists and neurologists in the area or stroke prevention.

Yes, there is treatment for AF and it will depend on the symptoms you have and the cause for the AF. Treating the condition causing atrial fibrillation may help relieve your heart rhythm problems. Basically, treating AF means resetting or controlling your hear heart rhythm to prevent blood clots, which may decrease the risk of a stroke. The arrhythmia treatment could be with medication that can control your heart rhythm and in some cases, you may need a more invasive treatment, such as medical procedures using catheters or surgery to fix a pacemaker to keep the heart beating at the proper rate and from beating too slow.

The costs incurred to treat AF is about a few lakhs and then be on medication is as low as Rs 100 a day, but it is to be taken lifelong. Given the quality of life that one can maintain after being detected with AF, the cost is not much, especially when you have longevity rising.

With so much at stake, especially incidence of stroke, why is so less known about AF?

It is interesting to know that 10% of the population will have AF, especially with increased longevity. For physicians, the need is to know the symptoms and to conduct investigations to diagnose AF. Also, considering the fact that someone with AF has a high chance of getting a stroke, it is crucial that AF is detected and treated. Imagine if AF goes undetected and a patient has a stroke – their quality of life goes off completely. In contrast, the quality of life may not deteriorate so much in case of someone who suffers heart attack.

AF can be missed  because of lack of awareness as well as them not being trained to look for it. It’s a case of what the mind doesn’t know, the eyes don’t see. In the US, the World Atrial Fibrillation Awareness Day is celebrated and so is Stroke prevention in AF patients day celebrated. These actions increase the awareness of AF and that it can be treated and check on further harm to one. We can do the same here with efforts by doctors and also the media.

What role is technology playing in diagnosis and treatment?

The past decade has witnessed a lot of advancement in the AF space be it diagnoses or treatment. Technology too has played a big role in this area, especially in the west, where AF diagnoses and treatment is catching up. There are several catheter labs in Europe where the waiting for AF patients is long, because the procedure is so standardised and the number of patients so many.

In fact the Apple Watch has an AF feature app . So, what the app does is to monitor your heart beat and alerts you the moment it figures there is arrhythmia. So, you can understand how common irregular heart beat is for a technology company like Apple to develop an application to help people with arrhythmia know they have an episode.

How can we spread the awareness about AF, what is being done by you?

Screening and Optimising Stroke Prevention in AF is the focus of outpatient AF clinics which are being run with support from companies like Pfizer. These clinics provide active screening for AF in patients admitted and initiating anticoagulation after balancing benefits and risks. A lot of advice and support is also provided to patients, and work is being done on creating protocols to follow when in AF cases. Like I said earlier, prevalence of AF needs to be educated to doctors and also public. The fact that it can be cured should be the biggest reason why awareness about AF should be taken up at a mass scale.

What precautions can one take to have a healthy heart?

Stay away from smoking, sedentary lifestyle and check on your hypertension, cholesterol and diabetes. It’s important to live healthy to have a healthy heart. Period check-ups also help to maintain records of one’s health, which will go a long way in analysing how one has fared over time. There are several new drugs that contain the effects of hypertension and cholesterol in arteries, which when administered early on, checks the deterioration of the heart’s functioning. My advice would be for people to take their health seriously, get into regular physical activity, control their diet, eat healthy, maintain their weight, and reduce stress with some form of meditation. Following these principles will largely ensure one stays healthy without any serious ailments to their heart. 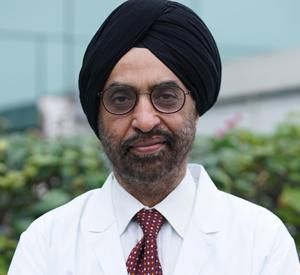