Here is the link https://www.maxhealthcare.in/blogs/beware-winters-can-aggravate-vitamin-d-deficiency

Someone close in your family tripped and fractured her foot. The recovery is taking quite longer than usual. So, a question might pop in your mind that is she taking Vitamin-D supplements? Why is he/she getting injured continuously over a period of time?

Popularly known as “Sunshine Vitamin”, it is essential to strengthen the skeletal system, as well as decrease the chance of osteoporosis and fractures. Surprisingly, most parts of India get plenty of sunshine throughout the year but it might surprise you that still 70-80% Indians have low muscle strength due to deficiency of Vitamin-D. This vitamin is usually synthesized in human skin from sunlight.

In winters, manifestations of Vitamin-D deficiency like bony aches and pains worsen during winter because sunshine is insufficient to stimulate its production in the skin.

However, researchers are still finding evidence to support Vitamin-D therapy for skeletal development.

Deficiency of Vitamin D in elderly during winters: What can happen?

Winter months further intensify this deficiency as the elderly population is mostly confined indoors. The consequences of vitamin D deficiency among elderly are loss of bone and muscle strength. Muscle weakness due to vitamin D deficiency is predominantly of the proximal muscle groups and is manifested by a feeling of heaviness in the legs, tiring easily, and difficulty in climbing stairs and rising up from a chair.

Vitamin D deficiency is now considered a global pandemic. Many experts believe changes in lifestyle and lack of sun exposure is responsible for this. A more plausible explanation is that probably we have started identifying the condition more frequently in last 10 to 15 years because laboratory assay to diagnose the condition was not available in the past.

Why Indians are deficient in vitamin D so commonly has remained an intriguing question. Darker skin complexion and higher melanin concentration in Indian skin can hinder vitamin D formation. There might be genetic and other unexplained factors which might impair vitamin D synthesis in Indian skin.

Can the deficiency be corrected?

The good news is that this is an easy and inexpensive deficiency to correct. The deficiency is reversible with supplementation. The Endocrine Society of India has recommended that vitamin D should be supplemented in Indian people to combat the country’s high prevalence of vitamin D deficiency.

As per the guidelines of Endocrine Society of India:

Vitamin D supplementation is essential because it may be difficult to achieve currently recommended vitamin D levels through sunlight exposure alone. With the exception of fatty fish, the vitamin D content of most foods is relatively low to nonexistent.

Our Experts give “A word of caution”

Dr. Saptarishi Bhattacharya says, "Amid growing concerns about vitamin D deficiency, we also now have indications that in some situations Vitamin D is being prescribed unnecessarily or in excessive doses. Injectable vitamin D preparations are usually not necessary unless there is suspicion of malabsorption.  Very high dose of vitamin D can increase serum calcium levels and cause other side effects. 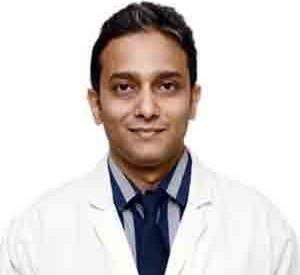