Breathe Right and Maximize Your Run

By Dr. Vikas Mittal in Pulmonology

Here is the link https://www.maxhealthcare.in/blogs/breathe-right-and-maximize-your-run

How should you breathe when you run?

Mouth breathing is the best way to breathe during a run because it allows more oxygen into the lungs than nose breathing. While breathing through the nose is more strenuous for the runner, breathing through the mouth relaxes the jaw muscles and the rest of the body. With practice, some runners also breathe both through the nose and the mouth alternately while running; this causes more air to get in and out during breathing. It is ideal to breathe through mouth during a run because you inhale more oxygen into the lungs.

But the most important thing to note is that even if you breathe in through your nose or mouth, deep breathing or stomach breathing should be practised.

Why should you practice stomach breathing during a run?

To make the switch from chest breathing to stomach breathing easier, cross-training with pilates should be done. Doing pilates as a part of your fitness routine stretches your intercostal muscles, strengthens the core, improves your flexibility and eventually helps in deeper breathing and enhanced running. Practising deep breathing when not training is also the best way to get your body accustomed to stomach breathing.

Therefore, for an efficient injury-free run at peak performance practice deep breathing while breathing through your mouth. 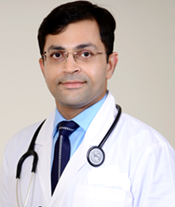