Here is the link https://www.maxhealthcare.in/blogs/celiac-disease-not-so-silent-epidemic

Not many people had heard of Celiac disease in India 15-20 years ago but since then it has become common – particularly North India. Estimates suggest that Celiac disease – popularly and wrongly known as wheat allergy affects almost 1% of the Indian population. That means that in every 2 sections in any one large school there will be a child with celiac disease.

"Celiac disease is a permanent disorder in which the body reacts in abnormally to the protein called gluten found in wheat, rye, barley and oats. It is an immunological reaction which will occur each time the person consumes any of these grains or anything made from it".

Celiac disease can present itself with gastrointestinal symptoms like diarrhea, abdominal pain, abdominal distension, bloating, severe constipation and vomiting. It can also present with symptoms from outside the gastrointestinal tract for e.g. low hemoglobin, short height, delayed puberty, liver disease, poor bone health and many more.

In fact celiac disease is becoming so common that it must be suspected for any chronic condition which does not have another cause and is not resolving with standard medications. Interestingly celiac disease can appear for the first time anytime between infancy and ninety years of age even though the person could have been consuming gluten all his or her life.

Diagnosis is easy once you suspect it. A combination of blood tests, endoscopy with biopsy and finally a response to gluten free diet confirms the diagnosis. Confusion arises when the biopsy is not done or dietary therapy is initiated prior to the biopsy.

Treatment is the key. At present the only treatment available world-wide is to consume a gluten free diet. As we understand it today, celiac is a life-long disease and hence you need to be on a gluten free diet life-long. Keep in mind that a small crumb of a toast will provide more than 1000 times the amount of gluten your body can tolerate if you are a celiac. So it is a no and always a no to gluten. Gluten is found in wheat, rye, barley and their derivatives. No amount of grinding, polishing, heating, boiling, frying changes or eliminates gluten from the grain.

There are hundreds of individuals who have celiac disease and don’t know about it. If you are constantly bothered by an ailment (without fever) that does not seem to go away, ask your doctor it could be celiac disease. 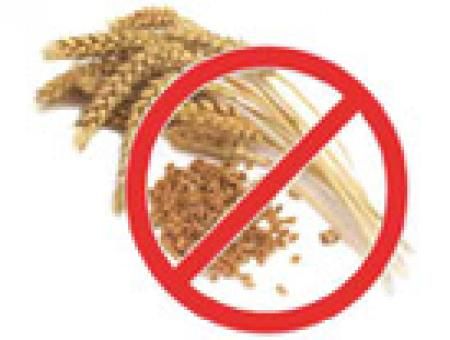