Fibroscan: An Alternative to Liver Biopsy

Here is the link https://www.maxhealthcare.in/blogs/fibroscan-alternative-liver-biopsy

The liver is responsible for filtering the blood, removing toxins, and metabolizing drugs. It is an irreplaceable and vital organ that is needed for our body to work properly. If your liver is damaged or injured, it becomes difficult for the body to perform needed tasks. As a result, a person whose liver is severely injured will gradually become extremely ill.

What Are The Various Stages Of Liver Disease?

Dr. Rajesh Upadhyay, Director & HOD- Gastroenterology & Hepatology, Max Super Speciality Hospital, Shalimar Bagh says, if a person drinks excessively or leads an unhealthily sedentary lifestyle, their liver function will begin to deteriorate. The first stage of the deterioration is the formation of scar tissue along the surface of the liver. This is known as liver fibrosis. The scar tissue forms when the liver cells attempt to repair the damage to the liver.  This condition is known as cirrhosis of the liver.

What Is A Liver Biopsy?

Up until recently, the only way that doctors could inspect a patient’s liver was through a medical procedure known as a liver biopsy. In this operation, a small portion of the patient’s liver is removed. This sample is then studied in a laboratory and the amounts of scar tissue and fatty deposits are deduced.  However, liver biopsies are expensive, invasive, and are often associated with complications.

Ultrasound elastography, commonly known by the brand name Fibroscan, is a non-invasive device that allows doctors to figure out the amounts of scar tissue and fatty tissue present in the liver. A Fibroscan machine works like an ultrasound. A small handheld probe is placed on the lower right section of the patient’s ribcage. This probe then emits a shear wave into the patient’s body. The machine records the waves reflected off the patient’s liver and calculates the amounts of scar tissue present in the liver, displaying the results on a screen.

How Much Does A Fibroscan Cost?

The Fibroscan is a non-invasive test. This means that a patient can return home immediately after the scan, as no incisions are made. The results of a liver biopsy take days whereas the results of a Fibroscan are instantly available.

The Fibroscan drastically increases the feasibility of liver monitoring for at-risk patients. Many doctors feel that it will increase the number of early diagnoses, hence allowing patients to get treatment before serious complications set in. 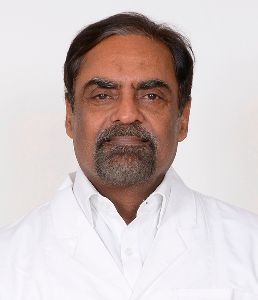