How to Treat a Frozen Shoulder?

Here is the link https://www.maxhealthcare.in/blogs/how-treat-frozen-shoulder

rozen shoulder (sometimes called adhesive capsulitis of the shoulder) is a condition where a shoulder becomes painful and stiff. Shoulder movements become reduced, being sometimes completely 'frozen' or stiff.

Patients experience ongoing shoulder stiffness and pain that lasts at least several weeks at a time. It is thought to be due to an unyielding scar-like tissue forming in the shoulder capsule. Without treatment, symptoms usually resolve but this may take up to 2-3 years & still leave behind residual stiffness. Various treatments may ease pain and improve the movement of your shoulder.

Dr. Raju Easwaran, Orthopaedics doctor at Max Shalimar Bagh says, there are several causes of frozen shoulder & it may be a manifestation of disease outside the shoulder! Frozen shoulder sometimes occurs when someone is wearing a sling or cast for a wrist or elbow fracture, healing from surgery in the upper limb, after cardiac catheterisation for stenting to remote causes like receiving chemotherapy, especially after Breast cancer. The most common cause remains diabetes. It is estimated that 1 in 5 diabetics especially insulin dependent diabetics may experience frozen shoulder in one or both their shoulders!

What are the symptoms of frozen shoulder?

The most common symptoms of frozen shoulder include:

The frozen stage is characterised by a stiff shoulder, but it’s no longer as painful as before especially at rest. The thickness and scarring of the shoulder capsule limits range of motion and causes pain during stretching or reaching. During the final thawing stage, the range of motion in the shoulder can improve, but pain might still come and go, especially at night when sleeping on the affected shoulder.

Phase one - The 'freezing', painful phase. This typically lasts 2-9 months. The first symptom is usually a pain. Stiffness and limitation in movement then also gradually build up. The pain is typically worse at night and when you lie on your affected side.

Phase two - The 'frozen', stiff (or adhesive) phase. This typically lasts 4-12 months.The pain gradually eases but stiffness and limitation in movement remain and can become worse. All movements of your shoulder are affected. However, the movement most severely affected is usually rotation of the arm outwards. The muscles around the shoulder may waste a bit as they are not used as vigorously as before.

Phase three - The 'thawing', recovery phase. This typically lasts between one and three years. The pain and stiffness gradually go and movement gradually returns to normal, or near normal. Symptoms often interfere with everyday tasks such as driving, dressing, or sleeping.

There is great variation in the severity and length of symptoms. If untreated, on an average the symptoms last for 2-3 years in total. In some cases, it is much less than this duration. In a minority of cases, symptoms last for several years.

What are the treatment options for frozen shoulder?

The aim of treatment is to ease pain and stiffness; also, to keep the range of shoulder movement as good as possible whilst waiting for the condition to clear.

Anti-inflammatory painkillers: Medicines like diclofenac reduce the inflammation in the shoulder joint & thereby reduce pain. They are very useful in the first stage of frozen shoulder. Sometimes oral steroids are also prescribed for a short duration.

Physiotherapy: Modalities like a laser, tens, ultrasonics & moist heat work marvellously to reduce the pain & improve the flexibility of the shoulder through exercises.

A steroid injection: Is usually required to settle the inflammation inside the joint. It is a very potent method of settling the inflammation in the joint & shorts the recovery time to as low as 6-8 weeks. Combined with appropriate exercises this treatment modality should suffice for curing nearly 95% of patients who have frozen shoulder. Up to 2-3 injections can be safely given in a span of 6-8 weeks. Diabetics need to control their blood sugar before being administered the injection.

Manipulation under anaesthesia: Consists of taking the joint forcefully under the full range of motion under general anaesthesia to 'break' the adhesions. It has been largely given up due to its high rate of unwanted complications like rotator cuff tears, fractures etc.

Arthroscopic capsular release: Is reserved for resistant cases of frozen shoulder that haven't responded to at least 3 months of conservative treatment. In a rare instance, severe primary cases with bad joint deformities are selected for this procedure. This minimally invasive procedure is done through 2-3 tiny 4 mm cuts, wherein the interior of the joint is inspected with a medical camera & the tight tissues are directly released with a radiofrequency device (often mistaken for a laser). This is done as a day care procedure & almost immediate pain relief & a full range of motion is ensured thence. 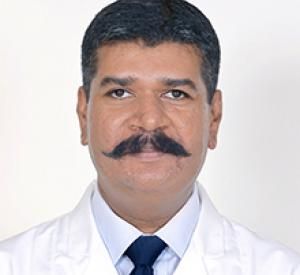 Is Vitamin D the New Elixir 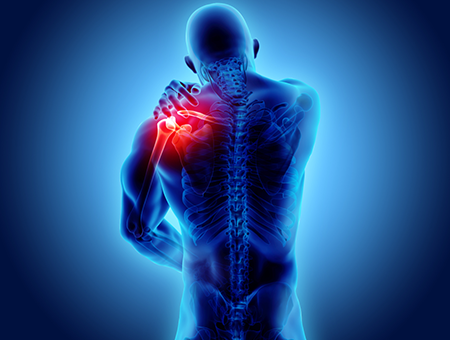 What Do You Need To Know About Shoulder Arthroscopy? 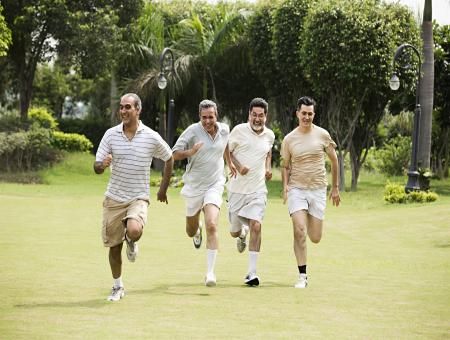 Now Treatment of Hip, Knee and Shoulder Possible Through Arthroscopy