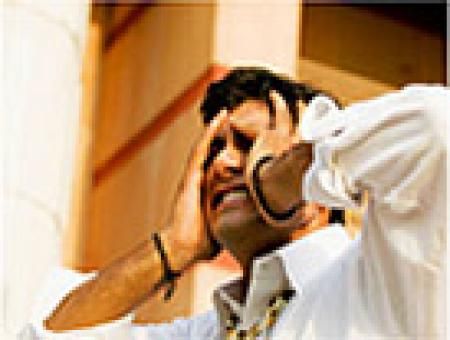 Here is the link https://www.maxhealthcare.in/blogs/monsoon-and-migraine

Migraine is an episodic/chronic neurological disorder characterized by recurrent moderate to severe headaches often in association with a number of autonomic symptoms. Globally, approximately 15% of the population is affected by migraines at some point in life.

In the United States, about 6% of men and 18% of women get a migraine in a given year, with a lifetime risk of about 18% and 43% respectively. In Europe, migraines affect 12-28% of people at some point in their lives with about 6-15% of adult men and 14-35% of adult women getting at least one yearly. Chronic migraines occur in approximately 1.4 to 2.2% of the population.

Rates of migraines are slightly lower in Asia and Africa than in Western countries but exact epidemiological data not available.Typically the headache is unilateral (affecting one half of the head) and pulsating in nature, lasting from 2 to 72 hours. Associated symptoms may include nausea, vomiting, photophobia (increased sensitivity to light), phonophobia (increased sensitivity to sound) and the pain is generally aggravated by physical activity. Up to one-third of people with migraine headaches perceive an aura: a transient visual, sensory, language, or motor disturbance which signals that the headache will soon occur. Occasionally an aura can occur with little or no headache following it.

Migraines are believed to be due to a mixture of environmental and genetic factors. About two-thirds of cases run in families. Fluctuating hormone levels may also play a role: migraine affects slightly more boys than girls before puberty, but about two to three times more women than men Propensity for migraines usually decreases during pregnancy. The exact mechanisms of migraine are not known. It is, however, believed to be a neurovascular disorder. The primary theory is related to increased excitability of the cerebral cortex and abnormal control of pain neurons in the trigeminal nucleus of the brainstem.Most of the people remain undiagnosed due to lack of knowledge or take painkillers on their own. It is believed to be increasing in India due to changing lifestyle. Life style of people is fast changing in India and full of stressful situations due to corporate culture and demand to perform better.

Some people use the term seasonal migraine to describe migraine attacks that occurs more often in one season. Seasonal migraine occurs due to increased exposure to certain triggers. For example, after exposure to the sun, upto 30% of migraine sufferers have attacks. Light and sleep habits are well known influences on migraine. Increased incidence of migraine in monsoon is due to increased exposure to sunlight. Some of the body's senses are super-sensitive in migraine sufferers, particularly vision. Weather and weather changes may also cause migraine. Doctor's don't fully understand why it seems that some migraines are weather related. Researchers speculate that the amount of sunlight might impact how well a person sleeps and lack of sleep can trigger a migraine attack.

More than 75% of migraine with aura and 46% of migraine without aura had seasonal migraine. Temperature is the major trigger and every 9 degree F increase in temperature, raises risk by 7.5%. Understanding your migraine triggers will help you and your doctors better manage your migraines. In recurrent unexplained headaches keeping a "headache diary" with entries on type of headache, associated symptoms, precipitating and aggravating factors may be helpful. This may reveal specific patterns, such as an association with medication, menstruation or absenteeism or with certain foods.

This type of treatment involves taking medication on a daily basis for at least 3 months and in some cases, for over 6 months. The medication used in preventive treatment is normally chosen based on the other conditions that the patient is suffering from. Generally, medication in preventive treatment starts at the minimum dosage which increases gradually until the pain is relieved and the goal achieved or until side effects appear. Psychological treatments are usually considered in co-morbid patients or in those who are unresponsive to the medications.

Acupuncture has been found to be beneficial in chronic headaches of both tension type and migraine type.

Research comparing acupuncture to 'sham' acupuncture has shown that the results of acupuncture may be due to the placebo effect. Tips to fight warm and humid weather: Drink lots of water. Avoid sun contact. Maintain sleep and meal timings. Be cautious with medicines. Wear sunglasses to block sun. Stay away from crowd. Check your activity levels. Avoid stress.