The Role of Exercise in Decreasing Rising Caesarean Rate

Here is the link https://www.maxhealthcare.in/blogs/role-exercise-decreasing-rising-caesarean-rate

According to the National Family Health Survey 2014-15 (NFHS-4) the rate of C-sections have doubled over the last decade, while in last 20 years, it has risen six times. The rates of caesarean section are much higher in private hospitals than in public hospital.

Dr. Manju Khemani, Director & Head of Unit, Max Smart Super Speciality Hospital, Saket, says until 2010, C sections or caesarean were limited to 8.5% of all deliveries just under the recommended level of 10-15%, according to the World Health Organization (WHO). But in the last decade or so, the numbers have escalated in many parts of the country—reaching as high as 41% of deliveries in Kerala, and 58% in Tamil Nadu.

Let us see what are the complications of Caesarean section vis a vis Normal delivery.

Next important question is Whether caesarean section is a life style disease. Answer is Yes.

All over the world because of economic growth food is abundant. Average weight gain during pregnancy in an affluent society is 14 -20 kgs as compared to recommended 9-11 kgs. Exercise in day to day life is almost Nil. Because of hired help for household work manual work is getting reduced. All these lifestyle changes have made labor much longer as compared to previous years. Lastly majority of educated working woman are not ready to bear pains.

So what can a woman do to avoid ending up in caesarean section?

We do not know what brings labor pains? In France it was seen that washer woman who were doing lot of manual work usually were delivering prematurely and once government intervened, they were made to stop work in 7th month so that these women could carry pregnancies till term. So we can extrapolate that if pregnant woman will do some exercise it may push her towards normal delivery. In a population based study from Denmark it was seen that those women who were doing some leisure time activity were less likely to have emergency caesarean section. Dr. Khemani says increasing leisure time physical activity before and during pregnancy was associated with a less complicated delivery.

It’s a myth that doing exercise can lead to preterm birth. Scientific studies have proven that Aerobic exercise for 35-90 minutes 3-4 times per week during pregnancy can be safely performed by normal-weight women with singleton, uncomplicated pregnancy because this is not associated with an increased risk of preterm birth or with a reduction in mean gestational age at delivery.

According to ACOG guidelines regular physical activity during pregnancy improves or maintains physical fitness, helps with weight management, reduces the risk of gestational diabetes in obese women, and enhances psychologic well-being.  Before starting any regular exercise routine it’s essential to take permission from your obstetrician.

How much exercise a woman should do during pregnancy? For healthy pregnant and postpartum women, the guidelines recommend at least 150 minutes per week of moderate-intensity aerobic activity (ie, equivalent to brisk walking). This activity should be spread throughout the week. Serena Williams continued to play tennis during her pregnancy. If you are not accustomed to doing exercise then start slowly and gradually increase over a week. May be one can start 5 mts of walking per day and gradually increase to reach 30 mts per day. Remember that during pregnancy joints are relaxed because as pregnancy hormones do not allow sudden and jerky movements. Avoid doing anything which makes you breathless.

One should drink plenty of water before and after exercise to avoid dehydration. Wear a sports bra.

Examples of safe exercise during pregnancy are brisk walking, swimming, cycling on static bicycle or modified yoga. When a person is doing exercise a feel good hormone endorphin is released from brain which makes a person happy .If a pregnant woman is happy she will have a happy baby because it’s a known fact that mother’s nature is transmitted to baby. 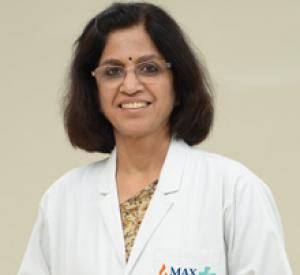 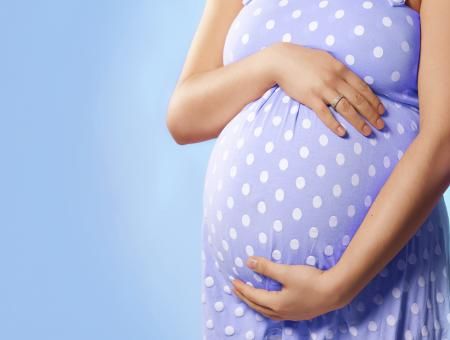