Shoulder Pain: What Could Be the Reason?

Here is the link https://www.maxhealthcare.in/blogs/shoulder-pain-what-could-be-reason

The shoulder is a ball and socket joint, wherein the ball (humeral head) is large and the socket (glenoid) is small, facilitating movement in an almost 360 degree arc.

The two surfaces are covered by a polish (much like the paint on the wall) that reduces friction between the two surfaces when they glide against each other, constituting the gleno-humeral joint. However, the shoulder due to this anatomy is inherently unstable. To overcome this shoulder joint has certain special features- the socket has banking all around it (labrum) that is a slightly elevated region made of cartilage. This is akin to a plate that has raised edges and prevents food from spilling over. Apart from this, the shoulder is covered with muscles all around that contain the ball within the socket.

The muscles that move the shoulder are attached via rope like structures called rotator cuff tendons to a part of the ball. The whole functioning is much like a water well as it has a man/woman, a rope and a bucket. The bucket is the arm, the muscles the individual and the rope the tendons. If there is any problem with the rope or individual the bucket won’t come up. There are two more accessory joints that are less spoken of but part of the shoulder joint complex.

joint). These joints are responsible for performing overhead activities like the extreme raising of the arms.

What are the common types of Shoulder Pain?

Adhesive Capsulitis (Frozen Shoulder): This condition is most commonly seen in people suffering from diabetes. The shoulder joint gets inflamed (swollen) and movement gradually gets restricted ultimately leading to a frozen shoulder. The condition is more often than not self-limiting, i.e. after on an average 6-9 months the condition subsides. However, during this period it is intensely debilitating with an inability to use/ sleep on the affected side. The condition has three stages:

a. Freezing: when it gradually gets stiff

b. Frozen: when movements are grossly restricted

Treatment largely centres on pain management and preserving movement via physiotherapy. Injections into the shoulder are attempted at times to ease pain and facilitate physiotherapy. However if the condition does not subside within 6-9 months, arthroscopic (keyhole) release of the shoulder may be tried which is a quick and immediate solution to the problem.

Gleno-humeral (Ball & Socket) Arthritis: This condition is seen frequently in people who have suffered an injury to the shoulder or suffering from long-standing disease like rheumatoid arthritis or inflammatory arthritis. One presents with a gross restriction of movement in all directions with a grinding feeling in the joint whenever it is moved. In this condition essentially the cartilage /paint coating the two bony surfaces get rubbed off and ultimately bone grinds against bone. Treatment initially centers on local physiotherapy like a heat therapy. If the pain doesn’t subside an injection may be tried for temporary relief. Ultimately when the quality of life is grossly compromised a shoulder replacement may be the only solution.

Injury: Injuries to the shoulder are varied, ranging from bony (fractures), tendon (rotator cuff tendons) or dislocations. Fractures around the shoulder are relatively common with the ball being more frequently fractured than the socket. They are treated based on the fracture, a number of pieces and age of the patient. Treatment ranges from just an arm sling to plaster, external wires, internal plates and rarely replacements.

Tendon injuries occur largely in two groups of population: the sporty and elderly. People who are into sports may injure themselves while playing sport, while the elderly may get a trivia injury to an already weak tendon. The tendons when broken more often are difficult to fix back. This is one condition where vigorous physiotherapy, pre-operative methods may be detrimental because they may worsen the tear. The tear is repaired via arthroscopic (keyhole) or open surgery using tiny plastic/metal screws with threads coming out of them that are used to stitch the tendons.

Dislocations: These largely occur due to falls. If it’s the first time, then the treatment is largely conservative with rest in a sling for 3 weeks. If it occurs more than once, in all probability the banking of the socket has flattened out making way for the ball to slide out of the socket. Treatment involves repairing the banking via arthroscopic (keyhole) surgery.

Impingement: Above the tendons is a bone called the acromion. The space between the tendons and bone is enough so that the tendons never touch the bone when the arm is lifted up. Sometimes the shape of the bone above is more hooked and touches the tendons when the arms are lifted up. This causes swelling of the tendon covering and severe pain. This is called impingement. Treatment largely centres on physiotherapy and injecting local steroids in the region that reduce inflammation. If it still doesn’t subside arthroscopic surgery is done to flatten out the bone above to create more space.

Acromioclavicular Joint Arthritis: This pain typically occurs on the top of the shoulder and is worsened on the overhead lifting of the arm. Treatment involves physiotherapy and injection of a local steroid into this joint. Arthroscopic surgery is rarely used for rubbing bone surfaces.

Infection like tuberculosis may affect the shoulder causing severe pain, restricted movement with fever and significant weight loss. Occasionally a wound with draining pus may form. This condition is treated with antibiotics and anti TB drugs. Surgery may also be required in some cases. Taking care of one’s nutrition and general health is of paramount importance.

Tumours of both non-cancerous and cancerous may occur in the shoulder presenting with swelling and sometimes a fracture due to the weakening of the bone. There may be no antecedent injury preceding the fracture in these cases. Treatment involves surgical removal of tumours and fixing the bone to replacement.

Is Vitamin D the New Elixir 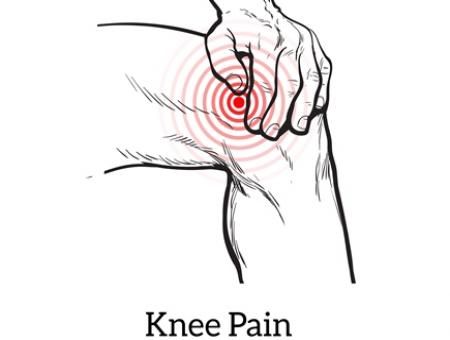