Here is the link https://www.maxhealthcare.in/blogs/women-less-likely-receive-cpr-men

Are We Letting Gender Prejudice Come in the Way of Saving Life?

For thousands of Indians, cardiopulmonary resuscitation (CPR) is a word hard to pronounce, difficult to spell, and perhaps, even more, difficult to ingrain in people’s minds, especially in India, where despite increased efforts of spreading awareness, the importance of the act is slow to catch on. It is estimated that 98% of Indians don’t know about CPR. At most of the times, CPR is used as a pretext to introduce mouth to mouth breathing, invoking humor or romance on celluloid and movie screens, where the lead pair is seen saving each other after a brave rescue from drowning or the uncomfortable funny situation between two male friends, again at behest of one saving the other. The importance of the act, the context, and the technical nature of performing it goes for a toss. But that is as much sense that can be expected from celluloid.

In real life, things are a lot more different. CPR is not only effective while saving someone from drowning. It is also the most vital first aid that can be offered to anyone who is fainting or has suffered cardiac arrest. Averagely, 310,000 Americans die every year owing to cardiac arrest heart attack is the main reason for cardiac arrest, and those who receive hands-on CPR have twice to thrice higher chances of surviving. Back home, due to the lack of data on the approximate number of people have suffered from cardiac arrest, it gets difficult to drive the point further. But wait! India happens to be the capital of cardiac diseases, diabetes, and obesity. The fact that our nation is scoring high on the major factors that lead to a cardiac arrest should not leave any doubt that mortality due to cardiac deaths would be one of the highest here as well.

Ignorance of CPR in India

So Indians need to know CPR, but the state of ignorance is huge. Though every school going children in India knows the concept of CPR through their science classes, a majority of them don’t know how to practically implement the process. Also, by the time the kids become adults, the idea of CPR is easily forgotten. The people who are willing to give CPR in public places often guess their way through the technique and hope that it will work. Even those who know how to give CPR not necessarily understand when to give it. They may easily miss identifying signs of cardiac arrest. Added to that many misconceptions prevail around it, for example, fainting is instantly linked to brain and not to heart, the idea of administering CPR when a person faints does not even click in most people’s minds. Similarly, CPR is given when a person has been rescued from drowning and most importantly the focus shifts on the mouth to mouth breathing. Well, the news. Mouth to mouth breathing is not considered an essential part of CPR anymore. In fact, increasingly it has been disassociated from CPR and the focus has shifted to only hard pressing on the chest.

CPR As a Vital Medical Intervention

CPR is an established as an essential medical intervention, which is fairly easy to administer and can be done by anybody, till professional help arrives. It is essential to be aware of and identify it as such. Just a while back we talked about how it has been misused in movies and television, something which influences thousands of people more easily than the educational leaflets promoting it. In these scenes which are played on silver screen, we so often see there is hesitation in the person administering CPR and a self-conscious realization of the person who receives it as soon as the receiver regains consciousness. In these scenarios, there is something we need to dismiss, something we need to disassociate from mentally, something we need to accept, and a lot that we need to understand.

We need to dismiss mouth to mouth breathing as an essential part of CPR; the focus needs to shift on chest compression. What we need to accept is that there is hesitation, and we need to know why.

Women Less Likely to Receive CPR than Men in Public

Dr. Vanita Arora, Director & Head – Cardiac Electrophysiology Lab & Arrhythmia Services, Senior Consultant-Cardiac Electrophysiologist & Interventional Cardiologist, Max Super Speciality Hospital, Patparganj, says, despite ruling out mouth to mouth breathing as a part of CPR, research has essentially shown that women are less likely to receive CPR than men. Due to social and gender bias prevailing in the society related to women, the fairer sex is more likely to be missing out on help. And that’s what we need to accept, the hesitation. Public spaces in India are still dominated by men. The differently formed chest of women and various notions attached to it makes men hesitant to administer CPR to women. There is the fear of being misunderstood. The act in itself requires heavy compression on the chest, which might be misjudged by the surrounding people who may not be aware of it. There is a definite apprehension of not falling into trouble while helping the other out, especially if the other person is a woman.

Contrarily, the hesitation is not that much when it is at indoor spaces or at homes. International studies have suggested that there is almost no discrepancy in women receiving CPR at home in comparison to men. The rate for women was reported to be 35% and men received CPR 36%. This is because at home we are surrounded by people we know and daily interact with. Therefore, hesitation is less with people familiar to us. However, the same cannot be said in the Indian scenario as many conservative notions surround Indians even in their families. The levels of physical intimacy and ease are much different than what it is in the west.

There is a technical aspect to it as well.  Due to the different nature of chest in women, people hesitate to remove or even adjust the clothing to administer a CPR. Although we minutely consider the technique of CPR, it does not necessarily need the pressure to be built on the breasts but in between the breast where the sternum is placed. This boosts the blood circulation and prevents the pulse from giving away. Giving CPR is essential for survival. If the patient is feeling nauseated and wants to vomit, turn him/her over to one side to avoid aspiration in the lungs. Aspiration is defined as the process through which any fluid or vomit can enter into the airways and cause difficulty in breathing. These aspects of CPR are rarely known to people. So, various notions due to our understanding of gender have put us in a situation where there’s something from which we need to disassociate.

We need to spread awareness on CPR to identify it as purely medical intervention associated with medical and biological science and not social constructs that we have defined around sex.  It’s an act which prevents the brain from being dead due to lack of oxygen. Be it a known person or a stranger, be the person of any age, be the person of any sex, caste, class or creed, by administering CPR where it is needed we are saving a life, and that what needs to be focused upon.

It is important for all of us to be trained in administering CPR. Especially, the people who are working in public spaces, such as traffic police, and emergency services, should know how to administer CPR. India with increasing number of heart patients is sitting on multiple bombs of that may burst any moment. You would never know when knowing CPR comes in handy to save someone’s life. To know more about the CPR, you can visit the nearest heart hospital.

Why Women are Different from Men at Heart-Even Electrically

Cholesterol-Take in or Take Out 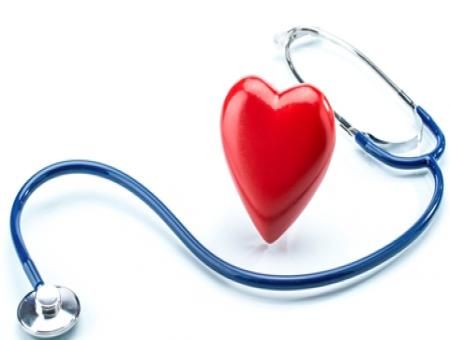 A new ray of hope in Pacing- Introducing “Leadless Pacemaker”

Why Women are Different from Men at Heart-Even Electrically

Cholesterol-Take in or Take Out

A new ray of hope in Pacing- Introducing “Leadless Pacemaker”