Here is the link https://www.maxhealthcare.in/blogs/you-must-know-your-menstrual-date

What is normal and abnormal menstrual bleeding?

How does a woman realise that her bleeding is abnormal and she needs to seek medical help?

If you experience, bleeding between periods, bleeding after sex, spotting anytime in the menstrual cycle, bleeding heavier or for more days than normal or bleeding after menopause, it is time to consult a gynaecologist.

Abnormal Bleeding is caused by:

However, women who are post-menopausal must seek prompt care from doctor in case of any bleeding as the causes and concerns are different from those in women of reproductive age.

How to understand the deviation from normal to abnormal bleeding?

Regular monthly menstrual cycles flush out the endometrial lining, which is the blood-enriched layer of tissue that grows inside the uterus every month in anticipation of a possible pregnancy. If ovulation does not occur, periods can be delayed, which allows the lining to grow thicker.

For this reason, delayed periods are often heavy ones. Lighter periods, or spotting between periods, may represent an endometrial lining that is unstable and leaking, either because hormonal levels don't adequately support it or because the lining may be too thick. Other factors that can change bleeding patterns include:

Dysfunctional uterine bleeding is the occurrence of uterine bleeding unrelated to structural abnormalities of the uterus or the endometrial lining. Dysfunctional bleeding occurs more commonly in the first five years after a woman starts menstruating and as she approaches menopause, but it can occur at any time period. Some of the more common structural causes of abnormal uterine bleeding include benign (non-cancerous) lesions of the uterus such as polyps, fibroids (myomas), and adenomyosis (uterine thickening caused by endometrial tissue moving into the outer walls of the uterus). Few causes of abnormal bleeding must be ruled out, including pregnancy complications and medications that influence hormonal action or affect clotting. Besides this, other causes are:

Your doctor will examine your medical history and might suggest few causes for the irregular bleeding or other hormonal abnormalities. The doctor may do various tests to check for these causes of abnormal bleeding patterns which might include the following:

- For Pregnancy related- Urine or blood tests and ultrasound.

- For Menopause related(especially in women in their 40s or 50s) - Blood tests to determine if estrogen levels are falling, which suggests the beginning stages of menopause and to check on ultrasound the lining of uterus. If required an endometrial biopsy or hysteroscopy  and directed biopsy.

- For abnormalities of the uterus or ovaries - A transvaginal ultrasound in which a small, rodlike probe is inserted into the vagina to take measurements of the endometrial lining and to check ovarian pathology.

How is it treated?

If the cause of dysfunctional uterine bleeding is another medical condition, treating it will restore normal cycles. Otherwise, treatment is based on the cause, the amount of bleeding and the woman's reproductive goals (whether she wants to have children or not). Abnormal uterine bleeding is a common problem in women of reproductive age that usually can be corrected with surgery or medication. Surgery may be able to correct structural causes of abnormal bleeding. If there are no structural causes, medical therapy often can restore regular menstrual cycles. Whatever the cause of abnormal uterine bleeding, the treatments available today are capable of resolving the problem.

Patients should speak to their doctors about which medical or surgical options may be best for them. The individual therapy recommended to you by your doctor will be tailored to the specific cause of abnormal bleeding. Structural abnormalities of the reproductive tract such as fibroids, polyps, or scar tissue often can be treated during hysteroscopy.

Hysteroscopy is a useful procedure in which a thin telescope like instrument is placed through the cervix into the uterus which allows visual inspection of the entire uterine cavity. It may allow the physician to identify specific areas of the endometrium that may be biopsied or removed with special instruments. It is done as a day care minor procedure in the hospital and you can be back to work the very next day. In some circumstances, a dilation and curettage (D&C) may be recommended to further assess the endometrial tissue. This can be performed at the same time as hysteroscopy in many circumstances. D&C may also be recommended for control of persistent or heavy bleeding in women for whom other methods have been ineffective. Generally, however, hysteroscopy is performed at the same time as the D&C. However, D&C is much effective than hysteroscopy. 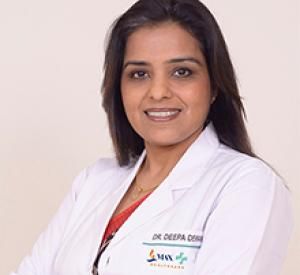 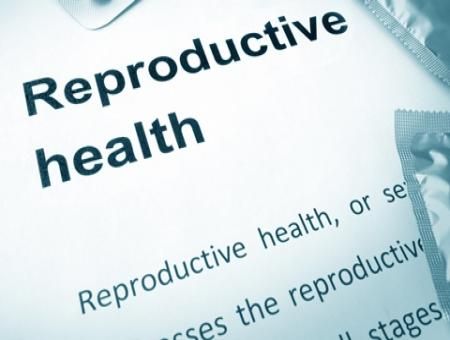