Here is the link https://www.maxhealthcare.in/blogs/tvd-with-ra-mass-associated-with-severe-lv-dysfunction-treated-successfully

A 62-year-old patient was brought to the emergency of Max Super Speciality Hospital, Shalimar Bagh, with oxygen and high inotropic support. He complained of chest pain and dyspnoea on exertion for 5-6 months. He had history of ventricular arrhythmia post CPR at other hospital. He also had comorbidities of Diabetes and hypertension.

Post-operatively, the patient was gradually weaned off from the ventilator and extubated next morning. Post-operative course was smooth with few arrhythmias. Patient was discharged in clinically stable condition. On follow-up, patient had good cardiac function and activity. Biopsy confirmed myxoma. 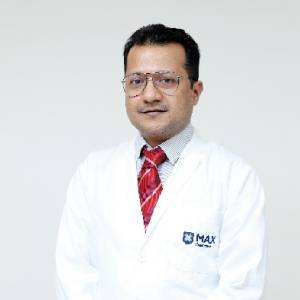