Lung cancer is an uncontrolled and abnormal growth of cells in lungs, this growth of abnormal cells do not carry out the functions of the normal lung cell and also do not help in developing healthy lung tissue. As these cells start growing in both the lungs; they divide swiftly and develop in the form of tumors, Lung cancer may spread to other parts of the body if not discovered and treated early. Mostly tumors that are in one place of the lung and not become noticeable to spread are called “benign tumors”. Tumor that spread to other parts of the body through the bloodstream or the lymphatic system is known as “malignant tumors”; usually the abnormal cells don’t develop in healthy lung tissues. Lung cancer is more difficult to treat when it spreads. One of the most common factors that can cause lung cancer are exposure to radon, air pollution, certain chemicals in the workplace; active passive smoking; or family history of lung cancer.

Lung cancer is one of the leading causes of cancer deaths among both male and female, it claims more lives each year than do prostate, ovarian and breast cancers combined.

Basis on the appearance of lung cancer cells under the lung, cancer is divided into two types

It might be possible that patient is suffering from recurrent respiratory infections such as pneumonia or bronchitis. When cancer spreads, additional symptoms depend on where the new cancer is formed. Tumors that are at the top of the lungs it can affect facial nerves, that leads to drooping of one eyelid, small pupil, or lack of perspiration on the one side of the face. All these symptoms are called Horner syndrome. This can also cause shoulder pain.

If a doctor has suspected the patient with lung cancer, then the doctor may ask for a screening procedure that includes imaging test (X- ray, CT Scan and PET scans), Sputum cytology, Tissue sample (biopsy)

A biopsy sample can also be taken from lymph nodes or other areas where cancer has spread, such liver. There are some treatment options available for lung cancer like Surgery, Conventional Chemotherapy, Targeted agents and Immunotherapy and Radiation therapy.

If you are diagnosed with a lung cancer, patient’s care will likely be managed by the team of doctors that may include a surgeon who specializes in the chest and lungs, lung specialist, medical and radiation oncologist. Patient should discuss all the treatment option before making a decision. There are few treatment options such as Surgery, Conventional Chemotherapy, Immunotherapy and Radiation therapy.

During the surgery the doctor works to remove the lung cancer and a margin of a healthy tissue. There are few procedures that are helpful in removing the lung cancer, those are as follows:

Chemotherapy treatment is often used to treat people who are suffering from lung cancer, it is combination of drugs that travels in the body to kill the cancer cell, it’s a primary treatment for small cell lung cancer This therapy depends on the type of the tumor; this option used if incase the cancer has spread outside lungs. One or more than one chemotherapy drugs can be given through a vein in arm (intravenously) or can be taken orally. Combination of these drugs is usually given in a series of treatments over a period of weeks or months, with breaks in between so that patient can recover. If there are remaining any cancer cells in the body after surgery, chemotherapy can be used to kill the cancer cells, It can also be used alone or with the combination of radiation therapy. Chemotherapy can also be used before surgery as it helps to shrink the cancer and also makes it easier to remove. Patient with advanced lung cancer, chemotherapy may be used to relieve pain.

Radiation therapy is used as a main treatment for early stage cancer and is a promising modality; this procedure can be used for patients who are not considered for standard surgical resection. Radiation therapy has a high-powered energy beams from sources like X-rays and protons to kill cancer cells. During this radiation therapy procedure, Patient is asked to lie on a table while a machine moves around the body, directing radiation to precise points on his/her body.

Patients suffering from a locally advanced lung cancer, radiation can be used before surgery or after surgery; It is sometimes a combination with chemotherapy procedure. If in case surgery is not an option, combined chemotherapy and radiation therapy can be patient’s primary treatment.

If patient is suffering from an advanced lung cancer and if the cancer is spread to other areas of the body, radiation therapy can be helpful to relieve symptoms that include pain.

There are two types of radiation therapy

External beam radiation therapy is also known as EBRT, it is one of the most common therapies that can be used to treat cancer. EBRT’s aim is to focus on radiation beam from outside the body on the cancer. It is a type of a therapy which is mostly used to treat Non- small lung cancer or it’s spread to other organs.

Brachytherapy is also known as internal radiation therapy; it’s a form of radiotherapy; that is used to treat cancer. While the doing the procedure patient may feel pain during the placement of radioactive material, but he/she feel any discomfort once it's in place. It is frequently used to treat cancers like cervical, prostate, breast, and skin cancer and it can also be used as a treatment for tumors in many other body sites.

If it is compared with standard radiation therapy techniques, the upgraded and precisely targeted treatments can be more effective and cause less side effects

The paradigm of lung cancer is rapidly changing especially in the non curative cases where the details of the genetic and molecular abnormalities are derived from the patients cancer cells and treatments given to block the abnormal pathways that are the reason of cancer propagation in the first place.

These treatments are often oral and mostly not harsh like chemotherapy. Their tolerance and ease makes them god choice for long term usage and their excellent efficacy in addition is the reason why many lung cancer patients now talking about living with the disease rather than dying of it.

This field of oncology has significantly impacted the life of Lung cancer patients. In fact in the year 2018 Nobel Prize in Physiology or Medicine had been awarded jointly to two cancer immunotherapy researchers, James P. Allison, PhD, of The University of Texas MD Anderson Cancer Center, and Dr.TasukuHonjo of Kyoto University in Japan. This shows how immunotherapy will and is already changing the face of cancer treatment. To put simply a drug given over 30 min in halfa bottle of normal saline in day care once in 2 to 3 weeks can make some stage 4 cancers disaapear and keep it away for multiples of years. The warning is that it does not work in everyone and its side effcts are unique so only the experts, we reiterate, only the experts must decide who it is for, when is it best put to use and how to minter its effects. 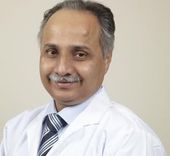 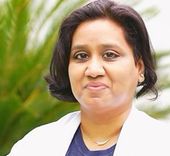 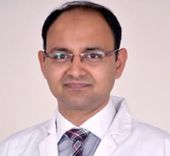 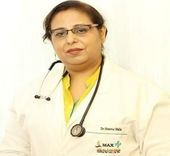 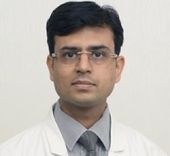 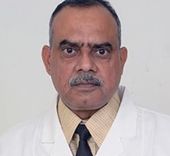 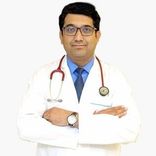 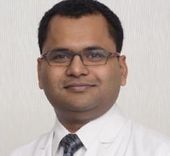 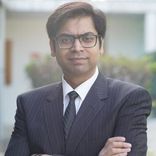 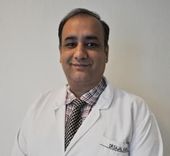 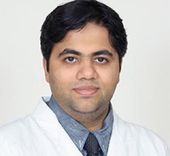 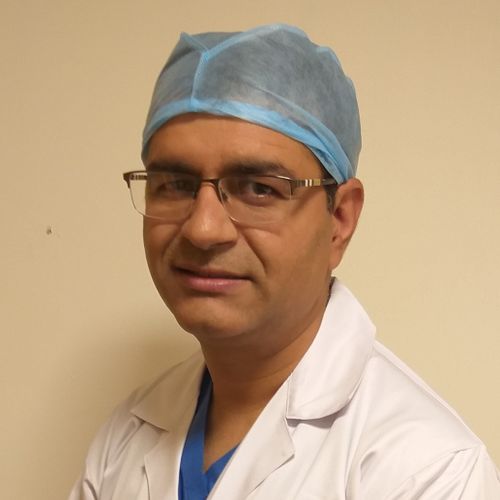 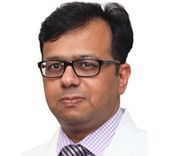 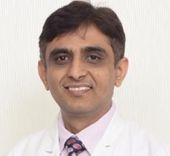 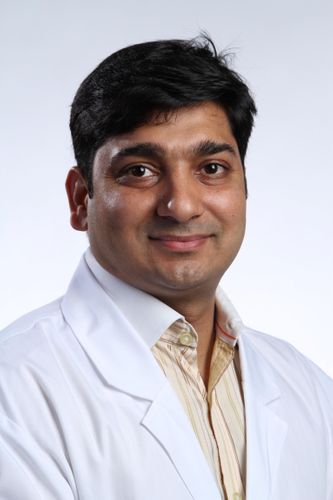 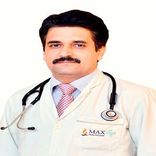 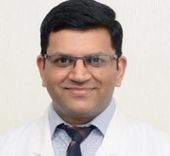 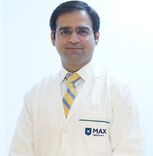 Last year, the Indian Council of Medical Research (ICMR) gave a report citing the rapid emergence of lung cancer cases, which are estimated to touch an alarming figure of 1.4 lac in 2020.

In general population hydrocephalus has been commonly called “water on the brain”. The water in hydrocephalus is actually cerebrospinal fluid (CSF), which has pooled in the brain due to an imbalance in the amount produced vs. the amount the body can absorb. Normally, CSF continuously flows through brain cavities, acting as a shock absorber and delivering vital nutrients before being absorbed into the blood. Hydrocephalus interrupts this healthy flow of CSF, causing an accumulation that puts pressure on the brain. 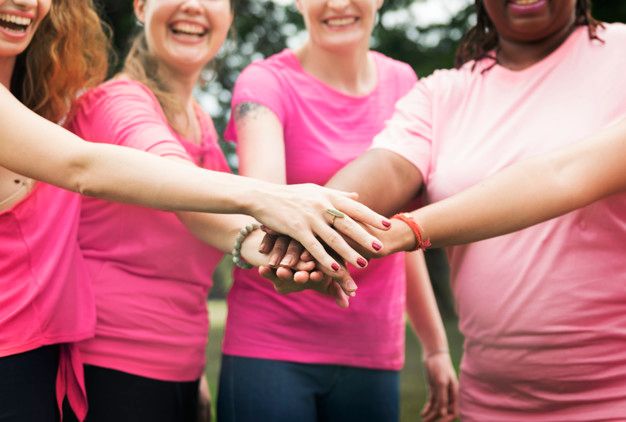 Do You Believe These 10 Myths about Breast Cancer? Debunk Them Now

Although the probability of a breast lump turning out to be cancerous is higher in an elderly woman, it is not zero at any age. Breast cancer is known to occur at all ages and even a young girl should visit a specialist and get herself evaluated if she notices a sudden change in the look or feel of her breast. 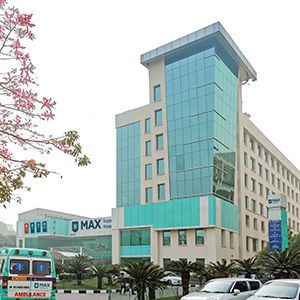 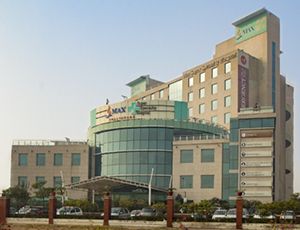 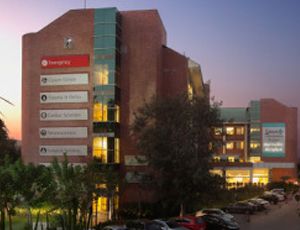 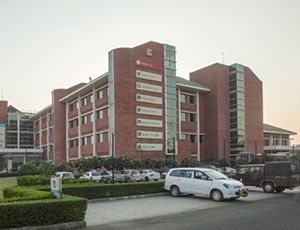 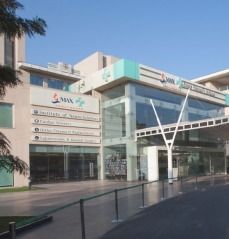 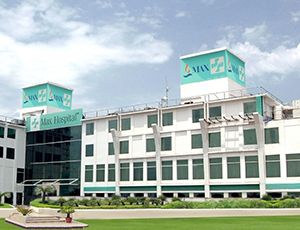 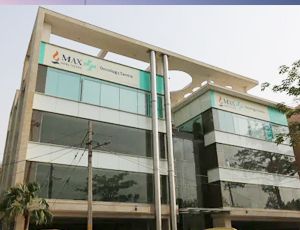