Vascular disease is a group of diseases of the blood vessels (arteries and veins of the circulatory system) where there is a disorder and disruption in the blood flow that can lead to disability and even death. Vascular surgery is a surgical subspecialty which involves usage of minimal-invasive catheter procedures to treat diseases of the vascular system, arteries, veins, and lymphatic circulation. However, intracranial and coronary arteries are not included in vascular surgery.

Carotid arteries are the arteries that carry the blood to the head and neck. When plaque builds up inside the carotid arteries, it may cause a stroke. To prevent stroke, vascular surgery is performed to treat the affected carotid artery.

It is the dilation of the blood vessel(s) which can lead to a rupture and ultimately result in death. Aneurysms can occur in any part of the body, but they are most common in brain, legs, spleen and aorta. It occurs when the wall of an artery weakens, causing an abnormally large bulge.

This condition occurs when there a severe blockage in the arteries, leading to a reduction in the blood flow. If this condition is not treated timely, the surgeon might have to amputate the limb.

When the leg veins do not allow blood to travel back to the heart, the person is said to be suffering from a chronic venous insufficiency. A problem with the valves in the veins can cause the blood to flow in both the directions - to and from the heart. Varicose surgery is a must to treat the condition.

Lymphoedema is the swelling caused by the accumulation of fluid in the body’s tissue caused by blockage of lymphatic vessels.

PVD is a progressive yet slow circulation disorder caused by blockage, narrowing or spasms in a blood vessel. Vascular surgery is a bypass graft in which the blocked artery is replaced by a blood vessel from another part of the body or a synthetic tube. The new blood vessel or synthetic tube is used to reroute the blood flow.

This disease affects the blood flow in and out of the kidneys which may cause high blood pressure, kidney damage and kidney failure.

A vascular surgeon clinically evaluates a patient basis of their medical history and a physical examination. The surgeon also evaluates non-operative measures such as drug therapy and risk factor management. To diagnose if vascular surgery procedures are required, the heart surgeon may conduct the following tests to determine arterial blood flow –

However, there may not be any symptoms of vascular disease caused by blood clots until the clot grows significantly larger to block the blood flow.

Before the surgery, the patient is screened, and a thorough evaluation is done. Patients possessing a high risk must take oral beta-blockers a couple of weeks before the surgery to reduce the possibility of a heart attack.

Aftercare after any surgery is important. However, the duration of care will depend on the type of surgery, criticality and other factors. In some cases, the patient will have to be hospitalised for more than 24 hours till the situation normalises. 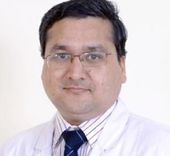