Here is the link https://www.maxhealthcare.in/blogs/know-story-5-year-old-suffering-%E2%80%9Cprada-willi

We all know that an average weight of a new born baby should be around 2.8 kgs. Any baby, who is weighing less than 2.5kgs, is called as a “Low Birth Weight” baby, according to the World Health Organization.

A 5-year-old boy from Iraq was suffering from a rare, incurable genetic disorder that made him feel hungry all the time.

At the time of birth, this little boy weighed only 2kgs and was unable to feed properly. For at least 6 months, he required assistance with a feeding tube. At the tender age of 2, his appetite started increasing unexpectedly and he gained massive weight in a short period of time. His milestones were getting delayed as he was unable to speak even a few words at this age. However, he could comprehend what the family communicated. His ability to walk and crawl was eventually delayed alongside his motor, speech and cognitive skills. For 3 years, parents tried all possible medical assistance but were unsuccessful.

When the family came to India to seek medical intervention for their 5-year-old boy, he weighed roughly around 40 kgs, with his BMI being 35.5. They found a ray of hope in Max Super Specialty Hospital, Shalimar Bagh under the guidance of Dr. Vaishaki Rustagi. Upon evaluating his health and diet, she suspected that the child is suffering from Prader Willi Syndrome, a genetic disorder that occurs in approximately one out of every 15,000 births. In children above 3 years, affected with this disorder, symptoms like Obesity, Intellectual Delays, Learning Disabilities, or Behavior Problems especially connected with food and eating become apparent.

What is this Syndrome?

Prada Willi Syndrome is primarily caused by the loss of genes in a specific region of chromosome 15. Some of the other signs of the condition are Narrow Forehead, Small hands and feet, short height, light skin color and inability to have children. Prader Willi Syndrome affects between 1 in 10,000 and 30,000 people.

Treatment Plan after the disease was detected

The kid was immediately sent for a Gene testing to confirm the diagnosis. The report confirmed Dr. Rustagi’s suspicion that the child was indeed suffering from Prada Willi Syndrome. The blood samples were collected for several hormonal assays and biochemical parameters. One sample was immediately sent to a genetic lab for confirmation of diagnosis and the other samples were sent to check for complications of obesity. He also underwent a pediatric sleep study to look for hypoxic episodes during sleep as these patients are prone to have problems of snoring and sleep apnea. Apparently, the diagnosis confirmed a positive genetic report.

Till date, no medications have been proven to be effective in regulating the appetite if one is suffering from Prader Willi Syndrome. Therefore, our experts recommend a strict diet and exercise to prevent one from the life threatening disease “Obesity”. It is best to undergo therapies to improve muscle strength and promote physical activity during infancy. While growth therapy can improve outcomes in some cases, counseling and medications may also help with behavioral problems. Sometimes the experts may also recommend speech and occupational therapy.

Since there was no absolute cure for the kid, Dr. Rustagi designed a 3-month treatment plan for him for a quick recovery.

Presently, we have suggested a balanced exercise routine and a strict diet plan rich in proteins and nutrients along with a careful monitoring of his environment to minimize access to large amounts of food by locking the food cabinets and refrigerator. Both the parents have been advised to encourage active participation in outdoor activities to help him burn his calories as well as keep him diverted from obsessive thoughts of food. He has also been given few injections to help bring down his testicles.

The doctor also adds that the kid can benefit with growth hormone therapy, however it has its own complications.  It can be offered after explaining the pros and cons of the therapy. We have planned to put him on growth hormone in the next visit. Also if his testicles do not descend he would require surgical intervention to bring them down.

Dr Vaishakhi Rustagi, Consultant, Max Super Speciality Hospital, Shalimar Bagh, said, “A child's weight isn't always the result of poor dieting or exercise habits. Sometimes, genetic and biological causes can be the reason for abnormal weight gain. Weighing 40kg at such a young age had already taken a heavy toll on the kid’s health – his movement and growth have become limited. Prader Willi Syndrome is recognized as one of the most medically complex syndromes to live with, especially as it is incurable.

We have suggested a balanced exercise routine and strict diet plan, along with careful control of his environment to minimize access to large amounts of food for 3 months. 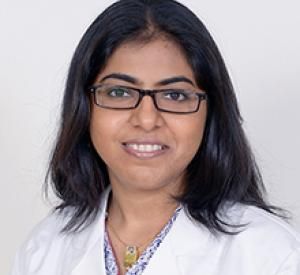 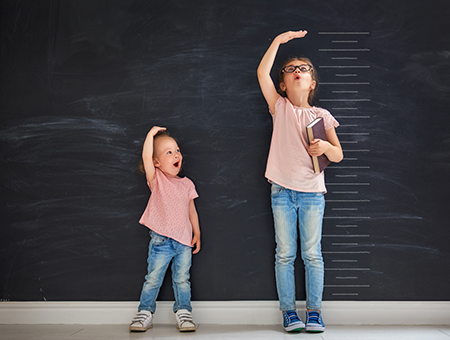 3 myths debunked regarding growth in children

3 myths debunked regarding growth in children