Here is the link https://www.maxhealthcare.in/blogs/celiac-disease-ingestion-gluten

CASE-I: Constant abdominal pain and recurrent loose stools, these were the symptoms, Nita, a 19-year-old second year engineering student was suffering from for the past 1 year. She had taken several courses of antibiotics which would give her temporary relief. She was labelled as having 'nervous diarrhea' or Irritable bowel syndrome as she was studying a tough course and living far away from her native place.

CASE-II: 5 year old Guddu was being admitted for the third time to the local hospital for 'weakness'. He was getting his third blood transfusion for anemia which was attributed to iron deficiency and worms.

Celiac disease has become relatively common in India especially North India and considered to be present in about 1% of the population. It is an autoimmune disorder (the body fights its own tissues) that is caused by ingestion of gluten. Gluten is a protein found in wheat, oats, barley and rye or anything that is made or contaminated by them. It can start at any age once any one of these grains is introduced in the diet and patients have been reported to be diagnosed for the first time even at the age of 80 years! So keep in mind that you may have been consuming gluten all your life but you begin to develop symptoms or get detected due to its complications in adulthood!

Unfortunately, Celiac disease till about a decade ago was considered a foreign disease. This is far from the truth. This also meant that till recently it was not considered to be important to be taught in depth in medical colleges and hence awareness maybe lacking amongst the practicing doctors as it is lacking amongst the population. What is making this situation even more difficult is that Celiac disease can present with more than 200 symptoms and they all are not related to the intestinal tract.

The common intestinal presentations include diarrhoea, abdominal pain, vomiting, bloating, constipation and poor growth while the presentations outside the intestinal tract include weight loss, anemia, tiredness, irritability, delayed puberty, infertility, chronic liver disease, migraines, loss of hair, tingling of arms and legs, depression, weak bones and many more especially if you have another autoimmune disorder for e.g hypothyroidism. Infact dentists have been known to suspect the diagnosis based on changes in the teeth. It has been said that no branch of medicine has been spared by celiac disease.

A reasonable dictum regarding this disease is that if someone suffers from a chronic ailment which has no clear explanation it will be worth checking for celiac disease. And how would you do that? Screening is by a simple blood test but the diagnosis is made by an endoscopy and evaluating the small intestine through a biopsy. Confirmation comes in after recovery when the patient is treated for this condition which is a strict gluten free diet for life.

A word of caution though - ensure that you are diagnosed based on an endoscopy and biopsy as the blood tests are just screening tests and they may be positive even when you do not have the disease or rarely negative when you actually are suffering from the disease.

Unfortunately, only a few people know that they suffer from this condition. So think about it and ask your doctor to screen you for it for a life-transforming exercise! 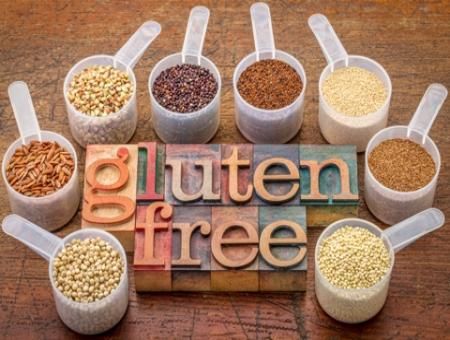