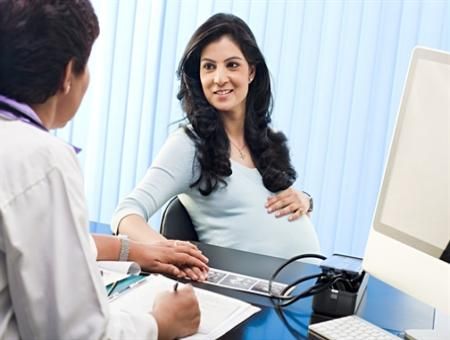 Here is the link https://www.maxhealthcare.in/blogs/diabetes-and-womens-health

Diabetes affects over 69 million people in India and around half of these people are women.

Diabetes poses multiple challenges to women’s health. The prevalence of diabetes in women of reproductive age is increasing and, with it, the proportion of pregnancies complicated by preexisting diabetes. The baby's organs are formed during initial 7 to 8 weeks after the last period. Uncontrolled diabetes in early weeks of pregnancy significantly increases the chances of birth defects and miscarriages. Because these early weeks are so important, it is essential to have a good blood glucose control for three to six months prior to conceiving.

Women Suffering from Diabetes are at a Higher Risk of:
Roughly 10% of pregnant women have high blood glucose levels which are detected around 24 to 28 weeks of pregnancy. This condition called gestational diabetes mellitus or GDM occurs due to hormonal alteration during pregnancy that makes the mother resistant to insulin. GDM usually goes away after delivery but women with history of GDM are prone to develop diabetes in future.

GDM, that has not been properly treated, can result in a large baby (weighing more than 4 kg). Increase in size of the baby can result in injury to the mother or baby during delivery and increase the chance of cesarean section. Recent research shows that large babies born to mothers with GDM have higher chance of obesity and type 2 diabetes in later life.

In the general population, women live longer than men, largely because of their lower rates of heart disease. Yet, when women get diabetes, they cease to have this advantage. Women under age 50 with diabetes are more vulnerable to heart attacks and strokes as the disease seems to cancel protective effects of estrogen on a woman's heart before menopause. It is observed that approximately two-thirds of women with diabetes ultimately die from heart disease and stroke.

Many women with Polycystic Ovary Syndrome (PCOS) also have diabetes. The unifying link between the two diseases is possibly insulin resistance or inability of insulin to act properly in the body. Urinary tract infections and vaginal yeast infections are more common in women with diabetes. The fungi and bacteria that cause these infections thrive in a high-sugar environment, and the body's immune system can't fight them in setting of uncontrolled diabetes. Women suffering from diabetes also have a higher risk of kidney and eye problems, depression and menstrual irregularities.

Few medications are used for the treatment of diabetes but can cause osteoporosis or weakening of bones and should be avoided in women who are at increased risk of fracture. If you fall even a little bit, you may get fractured in your hand or leg, you may get hurt and if you get a wound or it does not heal quickly, it becomes an ulcer in the wounds of the feet and in diabetes The treatment of this is called diabetic foot ulcer treatment. All these complications of diabetes can be prevented by timely diagnosis, dietary and lifestyle changes and use of appropriate medications when necessary.

Tips to Stay Healthy with Diabetes