Here is the link https://www.maxhealthcare.in/blogs/foreign-body-ingestion-in-children

Foreign body ingestion is a common problem seen in children, especially less than 5 years of age. Most of these foreign bodies pass through the gastrointestinal tract without causing many problems. However, in recent times, there has been an increase in incidences of magnetic foreign body ingestion in children, as these are found in toys in the form of colourful circular beads and hence very attractive and easily accessible to the kids.

What are Magnetic Foreign Bodies?

Magnetic foreign bodies are notorious as they can lead to serious injuries to the gastrointestinal tract owing to the magnetic pull through the bowel wall.

We have encountered 4 cases of foreign bodies (multiple magnetic beads) ingestion since July 2021. Three of them required surgical intervention – in which the beads either got impacted in the wall of the stomach/intestine or led to perforation of the bowel wall. So retrieval required laparotomy and opening of viscera and had post-op hospital stay ranging from 5-7 days, requiring ICU care also. The fourth case, luckily, was successfully managed endoscopically.

A high index of suspicion is necessary in children presenting with unexplained gastrointestinal symptoms, and aggressive and early removal is warranted in cases of multiple magnetic FB ingestion to reduce potential morbidity and mortality.

Parents and caregivers should be made aware and warned of the danger of toys that contain metals or magnets, and young children should not have access to such toys or objects. Various countries worldwide have mandated magnet toys not to be sold to individuals under the age of 14 years. Improved regulation and magnet safety standards are also needed to prevent such catastrophes from happening in our households. 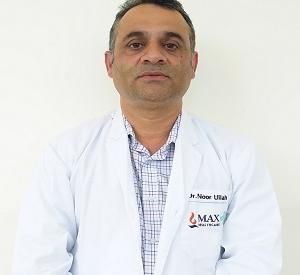