5 Reasons Why Smoking is Bad For Your Lungs

Here is the link https://www.maxhealthcare.in/blogs/5-reasons-why-smoking-bad-your-lungs

About 90% cases of lung cancer are linked with cigarette smoking. Dr. Praveen Pandey, Pulmonologist at Max Hospital says: "Smoking dangerously affects the lungs and their functioning. The changes created in the respiratory system are sometimes reversible but most of the time, irreversible."

Here are the top 5 reasons why smoking is bad for your lungs:

A lit cigarette releases more than 7000 chemicals, out of which more than 70 chemicals are known as carcinogens. The most notorious ones include:

Even poisonous gases like carbon monoxide, nitrogen oxide, nitrosamines polynuclear aromatic hydrocarbons etc are also present in cigarette smoke. When you inhale smoke, it passes through your windpipe and reaches the lungs. The lung tissue gets irritated when it comes in contact with the toxic chemicals in smoke. With prolonged exposure to smoke, ancerous changes happen in the lung, leading to lung cancer.

When cigarette smoke travels through your respiratory tract it unleashes destruction on its route. The cilia in the airways, which filter dust, and trap microorganisms, get coated with the tar in smoke. The smoke also irritates lung tissues leading to excessive mucus production. The impaired cilia and excessive mucus cause chest congestion to develop. Hence, smokers are more likely to suffer from persistent chest infections like chronic bronchitis, pneumonia and always have the ‘smoker’s cough’.

Smoking affects people around you too.

Smoking is not only hazardous to health but it is also a very mindless one. Inhaling second-hand smoke is as harmful as smoking. In children, exposure to second-hand smoke causes underdevelopment of lungs, increased tendency to allergies, asthma, ear nose and throat infections. The incidence of childhood cancers has also been reported in kids exposed to second-hand smoke.

In chronic smokers, the long-term exposure of the lungs to the chemicals in cigarette smoke causes “emphysema”. Here, the elasticity of air sacs is destroyed leading to the inefficient exchange of oxygen and carbon dioxide gases during respiration. Poor oxygenation of blood and breathing difficulties occur, which worsen gradually with smoking. The damage to lung tissue due to emphysema is irreversible and can be prevented only by quitting smoke.

Smoking is responsible for COPD.

According to the World Health Organization, smoking is the primary cause of Chronic Obstructive Pulmonary Disease (COPD). Smoke from cigarettes, cigars, pipes including second-hand smoke can cause COPD. In patients suffering from COPD, both chronic bronchitis and emphysema are seen, leading to failure in lung functioning. If you are a smoker above the age of 40, your chances of developing COPD are higher.

With each cigarette you smoke, your life gets shortened by 5 to 8 minutes. Now that you are aware of all the hazardous effects smoking has on your lungs, it is high time that you quit. From the day you quit smoking, your lungs will start recuperating. Reports have proved that men who quit smoking before 35 years of age can add 10 years to your life. Quit smoking today, breathe freely for a healthy life! 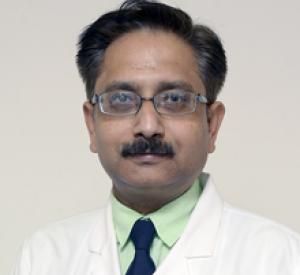