Here is the link https://www.maxhealthcare.in/blogs/demystifying-ebola-virus-threat

Pick up any newspaper and in the international segment you'll find at least one article daily on how Ebola Virus is wreaking havoc in and around Central and West Africa. Fortunately, no cases have been reported so far in India or neighbouring countries, but that does not mean we do not need to take any preventive measures to keep Ebola at bay from our country and our neighbourhood. Hence, here we are answering the key questions about Ebola, its symptoms, and ways in which the virus transmits. Do read these and share with your loved ones. Together, let's endeavour to stay fit and healthy.

Ebola is a rare but deadly virus that causes bleeding inside and outside the body. Ebola first appeared in 1976 in 2 simultaneous outbreaks, in Nzara, Sudan, and in Yambuku, Democratic Republic of Congo. The latter was in a village situated near the Ebola River, from which the disease takes its name. Genus Ebolavirus is 1 of 3 members of the Filoviridae family (filovirus), along with genus Marburgvirus and genus Cuevavirus. Genus Ebolavirus comprises 5 distinct species: Bundibugyo ebolavirus (BDBV), Zaire ebolavirus (EBOV), Reston ebolavirus (RESTV), Sudan ebolavirus (SUDV) and Taï Forest ebolavirus (TAFV). BDBV, EBOV, and SUDV have been associated with large EVD outbreaks in Africa, whereas RESTV and TAFV are not. The RESTV species, found in Philippines and the People's Republic of China, can infect humans, but no illness or death in humans from this species has been reported to date.

How Do You Get Ebola?

Ebola isn't as contagious as more common viruses like colds, influenza, or measles. It spreads to people who come in contact with the skin or bodily fluids of an infected animal, like a monkey, chimp, or fruit bat. Then it moves from person to person the same way. Those who care for a sick person or bury someone who has died from the disease often get it. Other ways to get Ebola include touching contaminated needles or surfaces. You can't get Ebola from air, water, or food. A person who has Ebola but has no symptoms can't spread the disease, either.

What are the symptoms of Ebola?

At the onset, Ebola feels like any other the flu. Symptoms show up 2 to 21 days after infection and usually include:

As the disease progresses, it may cause bleeding inside the body, as well as from the eyes, ears, and nose. Some people may vomit or cough up blood, have bloody diarrhoea, and rashes.

How is Ebola diagnosed?

Other diseases that should be ruled out before a diagnosis include: malaria, symptoms of typhoid fever, shigellosis, cholera, leptospirosis, plague, rickettsiosis, relapsing fever, meningitis, hepatitis and other viral haemorrhagic fevers. Ebola virus infections can be diagnosed definitively in a laboratory through several types of tests such as:

What are the available vaccines and treatments?

No licensed vaccine for Ebola is available. Several vaccines are being tested, but none are available for clinical use. Severely ill patients require intensive supportive care. Patients are frequently dehydrated and require oral rehydration with solutions containing electrolytes or intravenous fluids. No specific treatment is available. New drug therapies are being evaluated.

What can you do?

In a situation like this when there are no tested and confirmed vaccinations or treatments available, the best way forward is to avoid exposure to suspected fluids and environmental irritants, especially if travelling abroad to the affected regions. Since we are aware of the symptoms, it is important that the person showing the symptoms is taken to the doctor immediately. 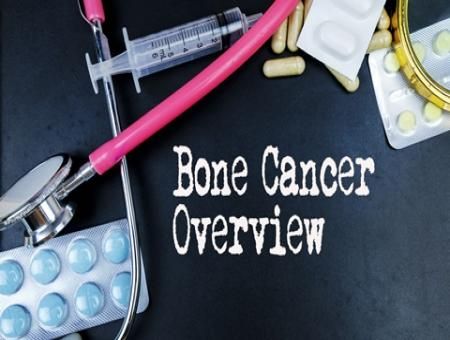