When is Radiotherapy Appropriate in Breast Cancer?

Here is the link https://www.maxhealthcare.in/blogs/when-radiotherapy-appropriate-breast-cancer

One of the significant treatment options in breast cancer, radiotherapy is quite effective and relatively safe for different stages of the cancer. Also known as radiation therapy, its main aim is to kill the cancer cells that remain in the breast or surrounding areas after a surgery.

Dr. Sajal Kakkar, Consultant, Max Super Speciality Hospital, Mohali says, Radiotherapy treatment of cancer usually works with a combination of other treatment options, more likely with surgery. It is the treatment where high-energy X-rays or Gamma rays are targeted to the cancer site to destroy the cancer cells. There are usually two main types of radiotherapies:

External Beam Radiation – It is the most common type of radiation therapy used to treat breast cancer. During this treatment, the teletherapy machine focuses the radiation on the affected area. As the radiation is administered from a machine put outside the body, we call it as external beam radiation.

Internal Radiation – It is also known as Brachytherapy and involves positioning of radio-active isotopes or cancer-killing particles inside the body near the affected area.

Various radiation therapy delivery techniques are: Intensity Modulated Radiotherapy (IMRT), Image Guided Radiotherapy (IGRT), Volumetric Modulated Arc Therapy (VMAT or Rapid Arc) and Intraoperative Radiotherapy (IORT). As it is a specialized treatment, radiotherapy is not available in every hospital. Famed as the best cancer hospital in India, we at Max healthcare have state-of-the-art facility to treat breast cancer effectively.

When is Radiotherapy Used?

Typically, a radiotherapy treatment of cancer is used after the surgery to kill the remaining or microscopic cancer cells in the breast. The oncologist will recommend this therapy in cases where the patient underwent Breast Conservation Surgery in early breast cancer, locally advanced breast cancer and inflammatory breast cancer. Radiotherapy is used for:

Many patients are recommended radiation therapy after lumpectomy and axillary nodal clearance. It is a surgery that is performed to remove the tumor and surrounding tissues in the breast.

Once the tumor is removed surgically, the radiation oncologist uses radiotherapy to kill the remaining cancer cells. In cases where chemotherapy is also recommended to the patient, radiation therapy takes place after the chemotherapy. Almost all patients post lumpectomy and axillary clearance have to undergo radiation therapy.

During Mastectomy, surgeons remove the affected breast to get rid of the cancer cells. However, removing every cell of the breast tissue is quite difficult. To remove any trace of the cancer cells and its recurrence in the breast, doctors perform radiation therapy. Some of the factors due to which radiotherapy is recommended after mastectomy are listed below:

After the radiation therapy, the doctors give various instructions to the patient for a successful recovery. The guidelines can differ from patient to patient. We at Max Healthcare, have a dedicated team specializing in radiation oncology, surgical oncology and medical oncology. People looking for an experienced oncologist in Delhi, Mohali can seek consultation and get a dedicated treatment for even the most critical breast cancer cases. 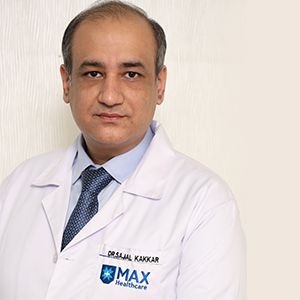 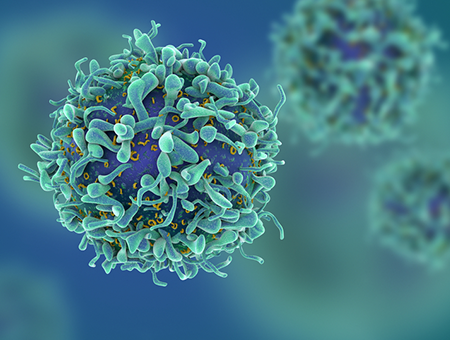 An Introduction to Cancer

Cancer is Curable, Organ and Function Preservation is Possible!!

An Introduction to Cancer

Cancer is Curable, Organ and Function Preservation is Possible!!