Yes, Epilepsy Can Be Treated!

Here is the link https://www.maxhealthcare.in/blogs/yes-epilepsy-can-be-treated

One of the most common neurological disorders, Epilepsy does not differentiate among its victims and affect people of any age group and gender. In this disorder, the nerve cell activity in the brain is disturbed, which causes recurrent and unprovoked seizures. The epileptic seizures can be of different types with some being mild while the others causing spasms and uncontrollable muscle twitches.

Having a seizure can be quite dangerous if it occurs at times when you are alone, driving or performing any other important task. People with epilepsy find them in a quite vulnerable situation and may feel scared.

According to WHO statistics, around 69 million people across the world have epilepsy, out of which 90% of them live in developing countries, 65% in rural areas and 35% in the urban areas. The overall incidence of epilepsy is estimated to be around 50 [range 40-70/100,000 population]. The reported annual incidence in India ranged 27-60/100,000, like that in developed countries. The estimated number of people with epilepsy in India is 6-8 million. The incidence of epilepsy can be high in both children and elderly. There is an urgent need to eradicate this disorder, and that can only happen with proper care and treatment.

With the advancements in the medical field, it has become possible to control epilepsy and further reduce its symptoms. To cope with epilepsy, it is also very important to recognise its symptoms early and treat it as fast as possible. Symptoms occur depending on the functioning of the brain where excessive neuronal discharge is excessively produced. Read the signs and symptoms and be safe.

Also, keep in mind that these symptoms can vary from person to person depending on their seizures. However, most of them are related to the brain. Some of the common causes are:

To know more about Epilepsy Causes

If you have a seizure then the best possible step that you can take is to visit a doctor as early as possible. They will require your medical history and some tests to evaluate your condition. Based on your medical evaluation, the doctors can make a treatment plan to treat the type of seizure that you have experienced. Now, generally, there are two types of seizures which can further be divided into other categories.

It happens when only a small part of the brain is affected. You will not lose conscious but will experience an alteration in senses, dizziness and tingling in the limbs.

Generalized seizures happen when most of the brain is affected. It is further classified into six types, namely, Absence seizure, Myoclonic jerks, Clonic seizure, Atonic seizure, Tonic seizure and Tonic-clonic seizure, respectively. Some of these can cause unconsciousness among the patient which can cause injuries as well.

Thanks to the excellence of the neurosciences department of Max Healthcare, the patients who have epilepsy can get world-class epilepsy treatment in Delhi. At Max, our exceptional team of neurologists control and cure epilepsy with medication.

Some of the particular steps that we take to monitor and control epilepsy are:

To help you fight epilepsy, we, at Max healthcare, provide holistic and integrated care by consolidated opinions of highly qualified doctors 24*7. An early diagnosis and treatment can save you from the serious complications of epilepsy. Just take the right step at the right time to stay safe and healthy. 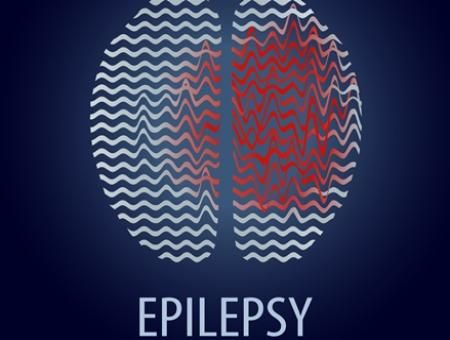 Do You Know What Causes Epilepsy?

Do You Know What Causes Epilepsy?