Juvenile idiopathic arthritis, previously titled juvenile rheumatoid arthritis, is the most common form of arthritis present in children under the age group of 16 years. This can result in constant joint pain, swelling, and stiffness around various joints. Some children may experience symptoms lasting only for a few months, while others have symptoms that continue to persist for many years. This is a chronic disease that can target any joints in the body.

Certain forms of juvenile idiopathic arthritis can create serious complications, like growth issues, joint damage, and eye inflammation. Treatment is based on the reduction of pain and inflammation, improving function, and preventing damage.

JRA is an autoimmune disorder in which the body mistakenly identifies some of its own cells and tissues as foreign matter. The immune system, which fights off bacteria or viruses, starts to target healthy cells and tissues. The result is inflammation marked by redness, heat, pain, and swelling.

It is the least common form of arthritis that involves one or more joints and is characterized by a high fever and a skin rash, inflammation of internal organs including the heart, liver, spleen, and lymph nodes.

This type involves five or more joints in the initial six months of disease. Blood tests for rheumatoid factor (RF) will determine if this form is RF-positive or RF-negative.

In this type, a child has a combination of arthritis as well as enthesitis. A child presents with swelling of the tissue. Commonly involved areas include the hips, knees, and feet.

This is arthritis that has the presence of symptoms of 2 or more JIA types mentioned above.

Symptoms may appear during episodes or flare-ups. Or they may be ongoing or chronic. Symptoms differ from one child to another. Symptoms consist of:

The causes of JIA are not exactly known; however certain factors that contribute to this condition include genetic involvement (the disease may be inherited), infection, and environmental factors that influence the immune system.

Juvenile idiopathic arthritis is generally difficult to diagnose because joint pain can be caused by various other issues. No single test can confirm the complete diagnosis, but the combination of tests can help to rule out certain other conditions that exhibit similar signs and symptoms.

Some of the most common blood tests performed for doubtful cases comprise of:

X-rays or MRIs may be done to exclude several other conditions, like fractures, tumours, infection, or other congenital defects.

Imaging may also be performed from time to time after the diagnosis to monitor bone development and to detect joint damage.

Bone scan. This makes use of a small amount of radiation to emphasize the bones in a scanner. Other tests consist of:

The main aim of the treatment is to reduce pain and stiffness and help the child lead a normal lifestyle. Treatment depends on certain factors like the child's symptoms, age, overall health, and severity of the condition. Treatment may include medicines such as:


Other treatments and lifestyle changes are as follows:

Various serious complications result from juvenile idiopathic arthritis. But timely intervention and seeking appropriate medical attention can vastly reduce the risk of these complications, which are as follows:

Certain forms of this arthritis have been found to occur mainly in girls.
Juvenile Rheumatoid Arthritis affects each child in a different way. For some children, only one or two joints are affected, and the progression of the disease is easy to control, whereas, for others, JIA may involve multiple joints, and the symptoms present are more severe and last longer as well. With early detection and treatment, including physical and occupational therapy, it is possible to achieve good control of arthritis, prevent joint damage, and allow the normal or near-normal function for most children who have Juvenile Rheumatoid Arthritis.
Reviewed by Dr. S.K.S. Marya, Chairman & Chief Surgeon - Orthopaedics & Joint Replacement, Orthopaedics & Joint Replacement, Arthroscopy & Sports Injury on 20-Oct-2022. 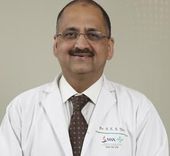