By Dr. Mohit Goel in Neurosciences

Here is the link https://www.maxhealthcare.in/blogs/best-treatment-of-parkinsons-disease

Have you ever seen old-age people with stooped posture, shaky hands, and slur speech? These are symptoms of Parkinson's disease. It occurs due to degenerative changes in the nervous system and is seen after 60 years, but in some people, it can occur even in their 50s.

There is no cure available for Parkinson's, but it is worth mentioning that symptomatic treatment helps lead a quality life. A wide array of treatment modalities are used for the treatment of Parkinson's disease, such as-

Medications play a vital role in managing Parkinson's disease. Some of the medicines used are-


Your doctor will prescribe you medications according to the severity of your symptoms.


Please note the following things regarding the intake of medications-

Surgery becomes an option for treating Parkinson's disease when medications fail to provide relief. Some of the surgical treatments are-


It is one of the most commonly used surgeries used for treating Parkinson's disease. In this surgery, your doctor implants electrodes in a particular area of your brain. These electrodes act as a pacemaker of the heart and send impulses to the brain to inhibit faulty signals that lead to symptoms of Parkinson's disease.


It is a non-invasive surgery that uses frequency sound waves guided by MRI to damaged areas of the brain responsible for sending faulty signals. It is preferred when a patient can't go for invasive surgery.

Apart from deep brain stimulation and focussed ultrasound, there are two more surgical procedures, Pallidotomy, and thalamotomy, that can be done but are rarely done due to the risk of infection.

Some of the supportive therapies are-

Parkinson's disease is prevalent in old age. If you or your loved one is struggling to lead a fulfilling life due to the disease, don't feel overwhelmed and know that you are not alone. Consult our top experts today and take your first step towards living an independent second inning. 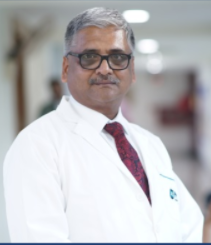